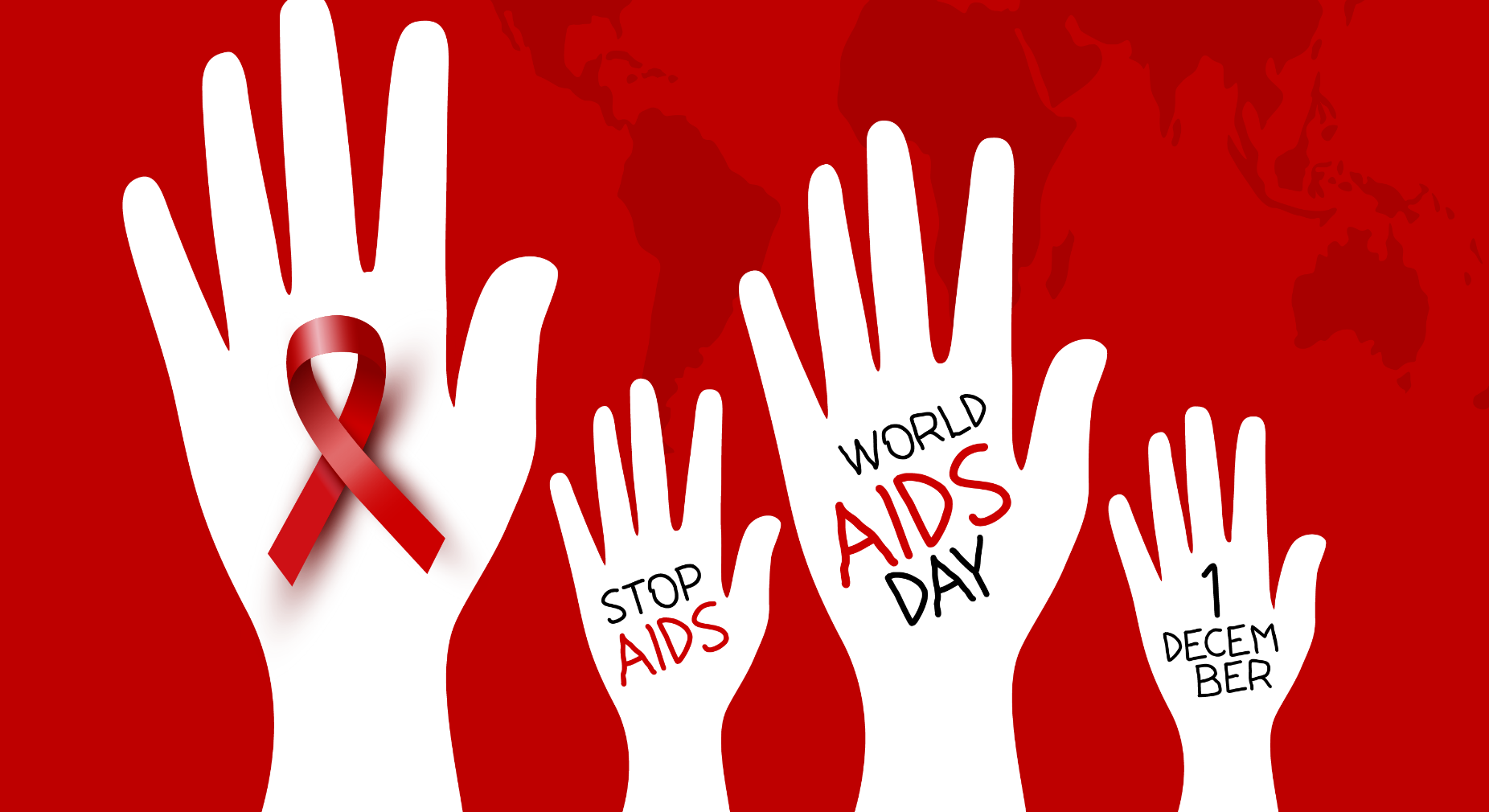 Every year on December 1st, people unite to remember those lost to AIDS and AIDS-related illness and show support for those with HIV and AIDS.

AIDS, or acquired immune deficiency syndrome, is a condition that’s caused by human immunodeficiency virus, or HIV, which damages the immune system. When this damage becomes severe, a person with HIV develops AIDS.

A Brief History of AIDS

AIDS was first recognized in 1981 by the CDC. It is thought that non-human primates in West and Central Africa carried the disease and spread it to humans in the early to middle 20th century. By the end of 2019, an estimated 1,189,700 individuals aged 13 and older were living with HIV infection in the United States—this includes an estimated 158,500 (13.3%) individuals whose infection had not been diagnosed.1

Those with acute HIV, or primary infection, may develop symptoms between two and four weeks after infection, some of which include:

The above symptoms may be very mild, but the amount of virus in the body is high, making it easy for infection to spread.

When HIV becomes chronic, symptoms may disappear. Many at this stage may be receiving antiretroviral therapy (ART) and, so, may remain in the chronic stage for several years.

The above symptoms and those below can accompany symptomatic infection:

As the immune system incurs further damage and the disease progresses to AIDS, a person will become infected by diseases that wouldn’t typically cause illness and experience symptoms such as:

NAAT, or Nucleic Acid Amplification Testing, measures the amount of virus in the blood, also known as viral load. Usually, this is the first test done within the first weeks of being exposed to HIV.

Antibody/antigen tests can detect HIV in blood as early as a few weeks after a person has been exposed to the virus. Typically, a person will show as positive with these tests between two and six weeks following exposure.

Rapid antibody tests can be done at home and detect the virus in saliva and blood. A positive test may not result until 12 weeks after exposure.

An HIV negative result will need to be confirmed by followup testing, which usually occurs several weeks or months after the original testing. 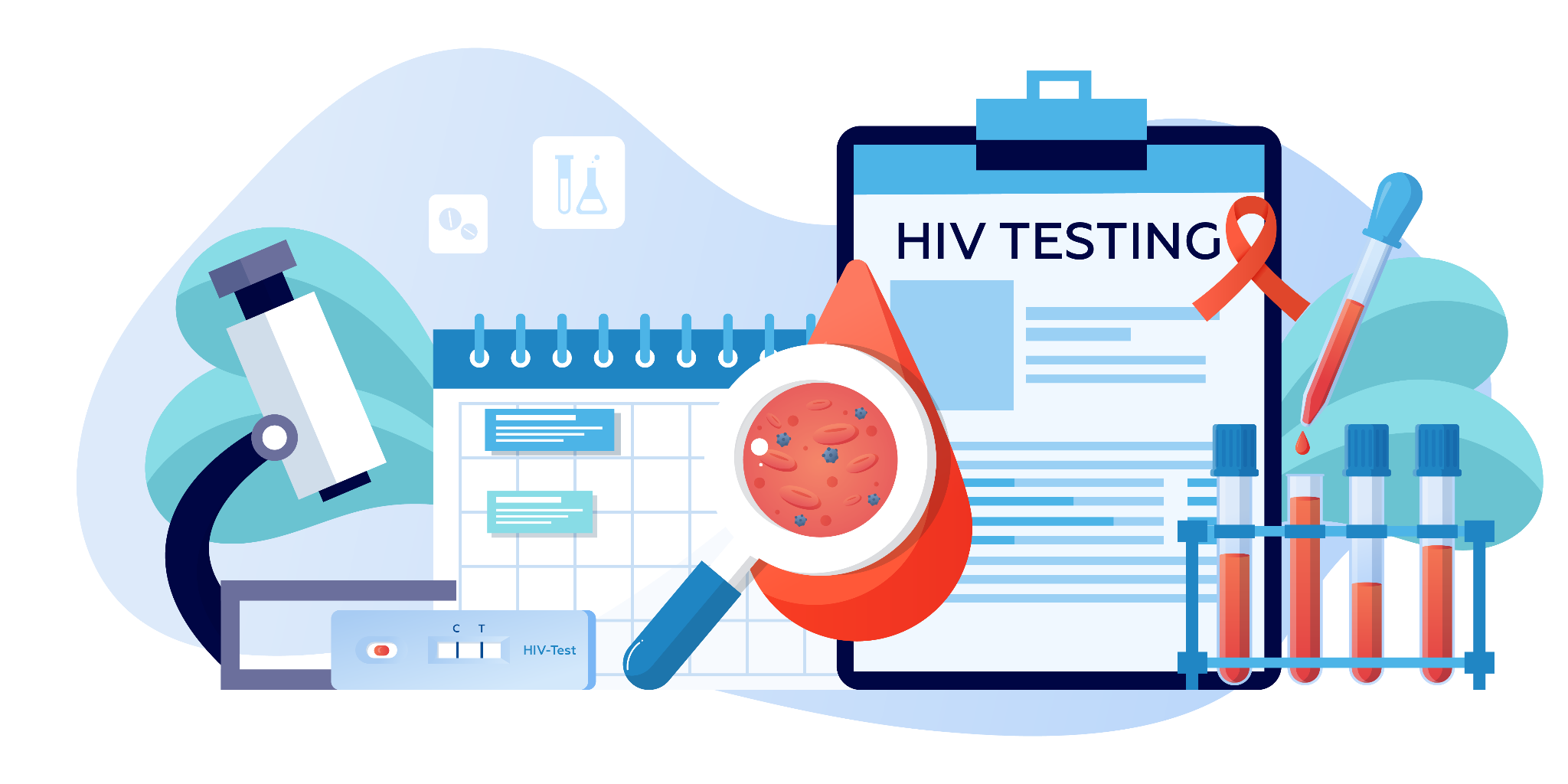 HIV prevention can be accomplished in several ways.

HIV testing and PrEP or PEP involves taking a combination of oral drugs and is recommended for those who have been sexually assaulted and others who are at very high risk for HIV like health care workers. Every hour counts with PrEP.

Starting PEP, or post-exposure prophylaxis, is recommended for those exposed to HIV, and it involves taking medication for 28 days after exposure. However, this treatment is ineffective if started 72 hours, or three days, after exposure to HIV.

Using clean and sterile needles when injecting drugs and not sharing needles will prevent infection.

Getting circumcised has been shown to reduce HIV infection risk.

Informing sexual partners of a positive HIV test will help stop HIV from spreading because they will have to be tested in order to determine whether or not treatment to reduce infection is needed.

The Benefits of Telemedicine

Telemedicine has revolutionized the diagnosis and treatment of diseases like HIV. CallonDoc allows you to access some of the nation’s top board-certified physicians discreetly, from the comfort of your own home.

Simply visit CallonDoc for both HIV testing and treatment options online. You can consult with a doctor 24/7 about prescribing PEP or PrEP and pick-up your prescription at any US pharmacy in 1-2 hours. CallonDoc encourages people to stay on top of their sexual healthcare and to get tested for STDs before and after each new relationship to help stop the spread of these infections. Get started today.

Get PEP and PrEP Online

Can You Get Syphilis From Kissing?

Syphilis is one of the most common diseases faced by many. It’s important that we have a quick...
Read More

How to Treat a Chlamydia Infection

Things You Can Do to Help Your Everyday Mental Health

Over 43 million Americans struggle with mental health. Every day, more people are speaking out and...
Read More